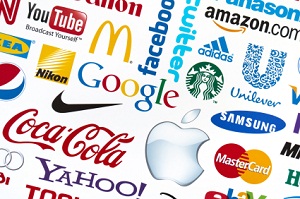 Now welcome to 2013 folks. The best companies out there made up their name, and I’m pretty sure it came from watching Bill Cosby. The crazy blips and zurps that spew out of his mouth at an alarming rate certainly resemble some company names that just popped up in the last few years. Names like Zappos, Squidoo, and Twitter are all made up words that didn’t mean anything before the brand came around and took that name. If you watch this video you get an idea of where I’m coming from. The plethora of unique noises Cosby makes is a treasure trove of great business names.

So what’s the point? It’s obviously much harder to describe what your business does if your name is “Qimmy” instead of “Digital Marketing Fortress”, which at least describes the industry inside the name.

Rememory, remembory, no i’m getting confused now. Remembering. A small weird name might be hard to remember the first couple of times, but over time that catchy onomatopoeia sounding name will be much more effective as branding. It will be easy to relay in word of mouth and fun to talk about. These names are unique(for now) and won’t have to fight for domains and trademarks as often either.

To overcome the initial hurdle, brands often associate their brand with another known company. “We are Facebook but only allow 140 characters”. This type of affiliation is great for a new brand who needs to explain what they do without going on at length. The customer already knows what Facebook does, so describing that you are similar puts you in the same realm and mindset, but then saying how you’re different gives the intrigue, mystery, and desire for what you do.

However, how many of these “fribbler” type names will it take before they all start blending together? There has to be a point where it gets too much for the consumer to remember, and calling yourself Joel’s Digital Marketing will be the weird trendy name. Maybe soon, maybe not, but for now I’d suggest trying to coin one of these terms and becoming the next “Smippelatorium” of your industry. Okay maybe that name is no good, but give a try!

How long do you think these names will continue to come about? Would you go more traditional or modern?