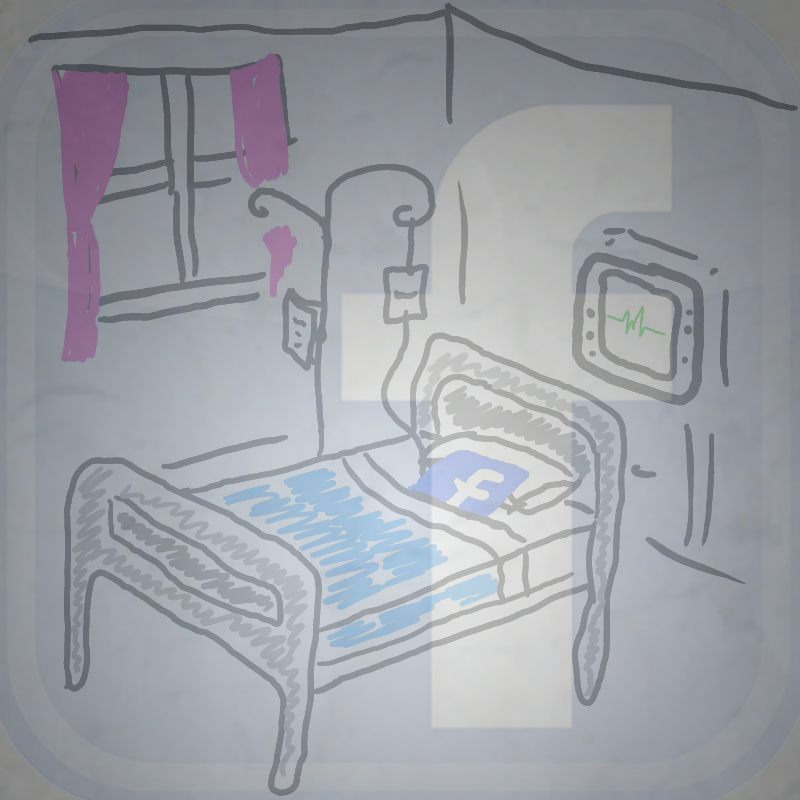 My headline: “The decline of Facebook” is hitting headlines everywhere

So I thought I would step in and say but…

It’s still here, it’s not going anywhere fast, but might be changing.

Facebook’s users are increasingly going to get older, and I’ll tell you why I think this is.

There are so many articles claiming that “Facebook is dead to teens”, like this Forbes one, but not many people are really talking about why.

You can only claim to be cool, if you you claim others are not cool.

People, especially teens, have a tendency to think what their parents do is lame. I know, I’m 24 and I still think most of what my parents do is lame. The majority of young adulthood for most is about finding one’s own identity and independence from their parents and elders. So take something like Facebook into consideration. It starts out being a bunch of college and university aged people just barely getting a hold of their freedom and learning to be individuals together. Some of it means saying and doing things their parents might not find too pleasing to listen to. So when the younger generation starts feeling watched by their parents, parents friends, cousins, uncles, neighbours, teachers, and employers, it can start to get a little less comfortable.

This is obviously an exaggeration and to most, they only feel a tiny fraction of this. But even to a lesser extent, the uneasy sense of being watched combined with the uncool factor of basically “hanging out with your parents” online is the biggest contributor in my mind to Facebook’s slow decline in popularity. It sounds trivial, and it sounds actually kind of rude, but I feel like it needs to be talked about as a reality.

But we can’t stop Facebooking

Here in North America Facebook has become a part of the fabric of our lives. I’ve heard people using “Facebook” as a verb, and yet, it’s becoming less cool. But I think it has become so entrenched in our lives that we won’t be able to just back out. The connections with long lost relatives or friends, the love, feeling apart of a ’cause’, has become something that just happens here. It has become a utility for connection and we won’t simply be able to throw it away because it’s not as ‘cool’ as it once was.

It becomes even harder for the older generations because they took so long getting there in the first place. For some they only signed up for email 5 years ago, and have only been on Facebook for a year. These people don’t want to just close up shop and hop onto the next cool thing, it’s too much work. And by the way, they’re still having fun. They can know more about their kids lives, and their cousins and neighbours than ever before, and they’re not the ones that feel encroached upon by their elders. This is why I think they will continue to use Facebook while the millennials and younger will start to spend more and more time elsewhere.

So they don’t even start

Now the up-and-coming techy kids are avoiding it altogether. They see these issues, and with so many other options, why should they go to Facebook? Early teens and tweens are using newer, less permanent, less watched networks like Snapchat, Vine, and Instagram. Twitter still seems to be hanging on because it tends to harbour distance relationships instead of close relatives.

We need to start paying attention to these changes as marketers and business owners. The goal is to put your efforts into where your customers are, if that still means Facebook then by all means, if not, then you’ll have to search around some more at these newer growing channels. Either way I believe it’s consistently getting more difficult.