Playing in Sandboxes: The Critical Bridge from Idea to Success 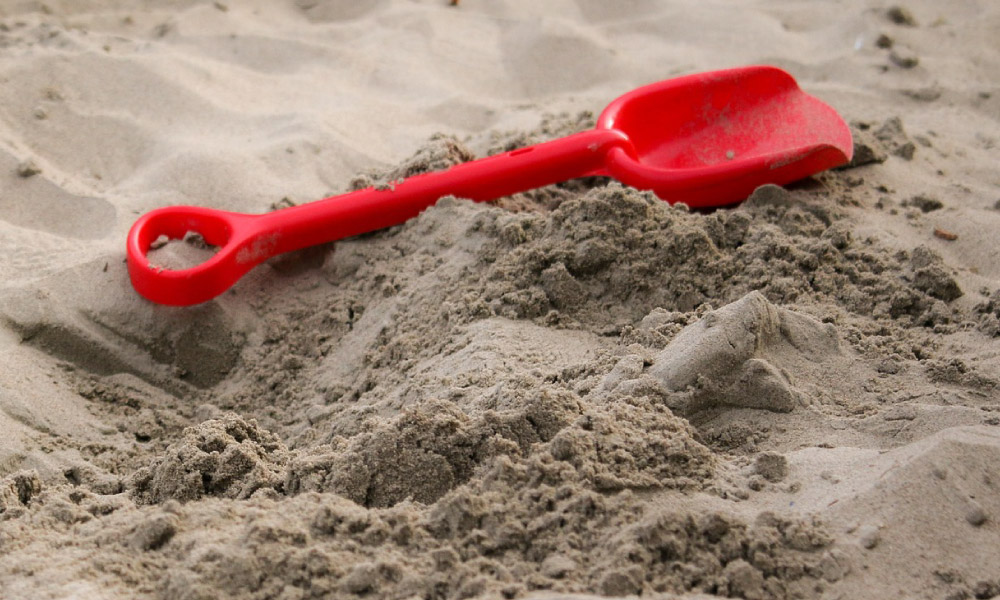 We’re all terrible at things, until we’re not so bad any more.

We’re all scared to try things, until we have some experience to help us build confidence.

This is just the natural progression of learning, regardless of what aspect of your life. It could be math. It could be public speaking. It could be walking. At some point, we all need a place to fall down and get back up.

So this is my question to you, with whatever project you’re embarking on, where do you fall down?

The Freedom of a Sandbox

Which brings us to the concept of a sandbox. In the physical sense it’s a place to play. It’s a space purposefully designed to build things that are less serious. Sure they’re for kids, well we think they’re only for kids because adults are just big kids who forgot how to play – or are convinced that playing isn’t valuable.

So, in the rawest sense of the concept, a sandbox allows you to explore new ideas and build things that don’t have to be perfect, and most importantly they’re not permanent.

It could be for this definition that developers and programmers create what is often referred to as a “sandbox” environment. An unpublished space where they are safe to try things that might not work without fear of creating a lasting mistake.

So where is your sandbox? With any project you embark on, you need to find or create a sandbox – and in some cases there are different levels of sandboxes. Once you are comfortable dominating the little sandbox with a tiny shovel, you move over to the beach with a big shovel, then you start making concrete sculptures that are bold, and permanent works.

However, one critical aspect to a sandbox is that it’s not a theoretical place. It’s not in your head, or a private notebook. That may be where you get to come up with ideas to use in the sandbox, but it’s not the sandbox itself.

How do Sandboxes Help People Succeed?

Good comedians have this process perfected – even the top of the top. They create material at home, in their heads, on paper, and then they try it in the sandbox. Their sandbox is an open mic or a comedy club. They put it out to a small group to see the feedback. They don’t immediately go from their couch to Netflix and say I have an hour of material let’s do a special. Professional comedians’ material has been performed hundreds of times in many different variations and to different audiences to get the best result, and then compiled to create one amazing set.

So the importance of a sandbox comes from that middle ground between the private basement musician, and becoming headliner. In some industries they doesn’t necessarily allow you to go straight to the big league anyways, you’re forced to find a sandbox, such as a small bar for a musician.

But this is why so many product launches fail. A product can be ideated, created, and “perfected” behind the walls of an office. Then it’s launched, and it’s not what the world wants. What are you going to do at that point? Start modifying? But you’ve built so much heart and soul into it, it’s your baby that you perfected. It’s the market that is wrong, right?

Too bad you didn’t try to find a sandbox.

Life is all about finding, or creating sandboxes to test yourself and your ideas in more intense scenarios. Sometimes you’re moving from one sandbox to another, and sometimes you’re playing in different sandboxes at the same time for different reasons. This is how we mitigate the risk of our choices and gauge the acceptance of our skills and ideas with the world.

But what links all of these sandboxes – it’s you, and your willingness to learn from them. Without feedback of how your attempt turned out there’s no point in the sandbox. You have to watch and listen to the feedback, which might be internal feedback about the fear you felt, or external feedback on the actual project.. If something is broken you now know to fix it.

Sandboxes are Where We Battle Fear and Failure

You can’t always stay in the sandbox. Just as with a relationship that will fizzle without commitments to the next step, your business idea, or your new skill won’t be useful if it’s kept in the sandbox.

Make sure that fear isn’t holding you in the sandbox longer than necessary. Just as it was hard to take it from idea to sandbox, sometimes it’s harder to go from sandbox to the real thing. This is the reason that people sit and wait for someone to pull them out of the sandbox; the coffee shop musician waiting to be “discovered”. It’s on you to do whatever possible to make the leap in whatever way possible.

Some people aren’t crippled by fear, they could go to the big leagues no problem, except for one thing. The second reason, to reduce the chances of failure is the real reason we NEED sandboxes. Your ideas probably suck, or maybe your skills or execution suck. You need to try, get feedback, and reiterate over and over. With proper feedback you’ll know the level you’re at when you choose to make the leap. However make sure it’s feedback that simulates the real thing as closely as possible, just smaller scale.

Entrepreneurs call this “validation” for their products. Instead of creating a finished product or business and hoping people buy it, they get people to pre-purchase or buy a beta version. Then with feedback you can create a better product and launch it with all your effort.

So if you have a project, or a skill you’re working on ask yourself how can I find or build a sandbox? How can I test the idea, or test myself in a simulation to get feedback, learn, and prepare for a higher stakes scenario.

Just don’t get lost in the sandbox. There becomes a point where you have to stop playing and moulding, and move to the real thing. But that’s not to say you can’t go back. Just as a programmer will take an idea, make it functional in a sandbox, and push it live, and go grab another idea to work on, life is about hopping from idea to sandbox to real thing and back again, over and over.