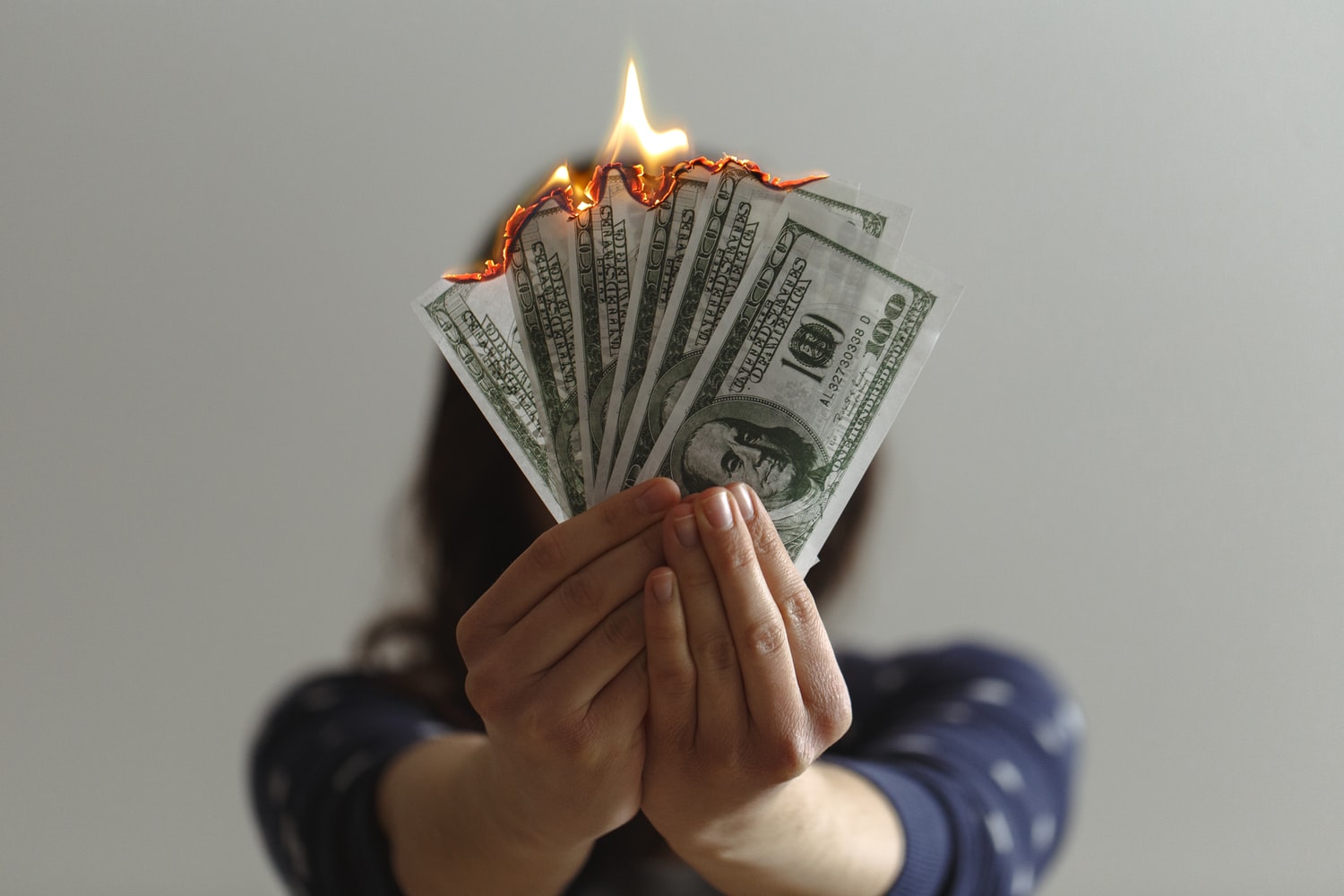 I’ve been thinking about this a lot lately. Most people’s faces scrunch and their mouths turn sour when money is brought up.

Just the thought of it makes people fearful, anxious, shameful, jealous, and so much more. People have their own history with money that makes them uniquely experienced to feel their own concoction of disgust.

But there’s a general sentiment that money is evil, or the root of evil. It’s seen as the antithesis of service to others and generosity.

Which is ironic, because nonprofits would not function without money, and social enterprises would not exist if capitalism was not alive and well.

The question remains though, is money evil?

My answer is, definitively, no.

In the exact same way as this quote about guns, money is simply a tool. It’s a way to transfer energy from one person to the next, or one entity to the next. Can evil be done with money? Yes, but so can good. Has money, and greed caused the demise of many people and a slough of horrible problems we deal with today? Yes.

Which is why I believe the accumulation of wealth among our social change community is one of the most important journeys we should be on.

I’m not going to lie, this is new to me. I didn’t start out with a perception that it was “evil”, but I did believe it was a distraction. I avoided talking about it, I avoided personal budgets, I even delayed doing taxes. The fear of the police knocking down my door for not paying taxes was nothing compared to my uninterested dislike of dealing with money.

I just hoped my bank account would go in the right direction and left it at that. I thought, how can I truly do good work if I’m constantly thinking about money? It seemed so selfish.

The question I now ask myself is, how can I possible expect to do good work if I haven’t learned how to gain, grow, and use money?

Money is simply a tool to make things happen. It’s leverage and it’s fuel for good movements, charities, and social enterprises to expand their reach and make a bigger impact.

Do many people focus on money for the wrong reasons? Absolutely, but if we don’t take it upon ourselves to build wealth and learn how to use it for good, they will be the only ones with the power.

The sad truth is greed is a fantastic motivator. With great motivation comes focus, hard work, and learning, a plethora of traits that make achieving goals possible.

So often, those of us in social enterprises, nonprofits, and change-work focus on the end goal only, doing good work – yet skip over the fact that accumulating wealth is an essential tool to making it happen.

For people striving for wealth, the end goal is simple, wealth, and many have selfish motivations. For people striving to help people, we often don’t see money in that path. However, we need to think of our goal as on the same path, just one step further than where the greedy trail stops. Money is actually a springboard to the end goal of helping others, and we should accumulate it without feeling greedy or selfish.

Would you not do your best work if you’re well fed, relaxed, and have resources to share? Of course.

Or you can try to go around the springboard, and crawl your way through the mess without money, burning yourself out, eating instant noodles, and hoping one of the rich jumping off the springboard will drop a few coins on their way.

I won’t ignore the fact that we are some of the most motivated and dedicated people around. We’ll work long hours, eat crap, and sacrifice ourselves. If that’s all it took, we wouldn’t be having this conversation.

What Should We Do?

I’m not saying I have answers, and I’m not saying accumulating wealth is for everyone. There are other ways to make change happen, and other ways to fulfillment for that matter. But we would be fools not to realize its power and role in this game we’re playing – and you are in the game whether or not you try to ignore it.

For all of these reasons, I’m going to keep learning and diving into books like Rich Dad, Poor Dad by Robert Kiyosaki. I would suggest you do the same, along with: